Running for 65 years and counting, Bauma is the world’s largest trade fair for construction machinery, building material machines, mining machines, construction vehicles and construction equipment. Taking place once every three years, the show this year attracted a staggering 620,000 visitors from over 200 countries. This was the largest turnout in the history of the event with the number of exhibitors totalled at 3,700 hailing from 63 countries. 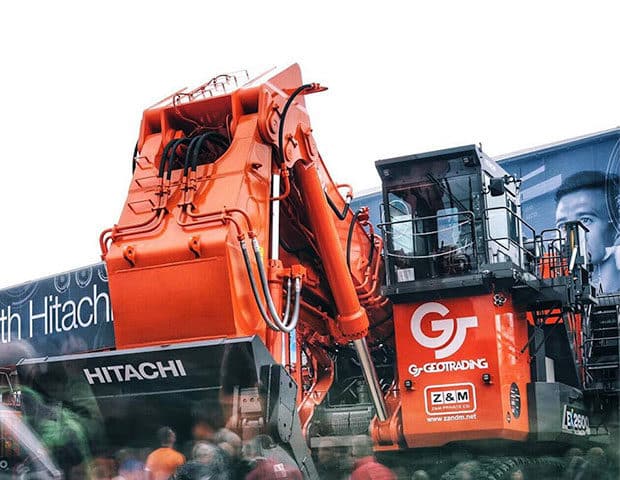 There were over 20,000 visitors to the stand with 20% more Hitachi merchandise sold than the previous event in 2016.


The Hitachi stand was shared with Kiesel GmbH, a distributor for Hitachi Construction Machinery (Europe) NV (HCME). There were over 20,000 visitors to the stand with 20% more Hitachi merchandise sold than the previous event in 2016. At 6,495m2, the stand showcased over 40 machines along with three bars serving over 13,000 litres of beer.

Brisbane Sales Representative Ross Anderson described the experience as a highlight of his career and one he’ll never forget. He represented Hitachi Construction Machinery Australia Pty. Ltd. (HCA) and was present at the Hitachi stand throughout the week along with HCA Managing Director David Harvey and HCA Director of Construction, Forestry and Mining Sales Gilberto Pauleta. Representatives from the Hitachi group companies stayed at the same hotel and caught a tram and train every morning to get to Messe München where the event took place. Each morning a 10 minute briefing took place with staff before the crowds flocked in from 9:30am onwards. 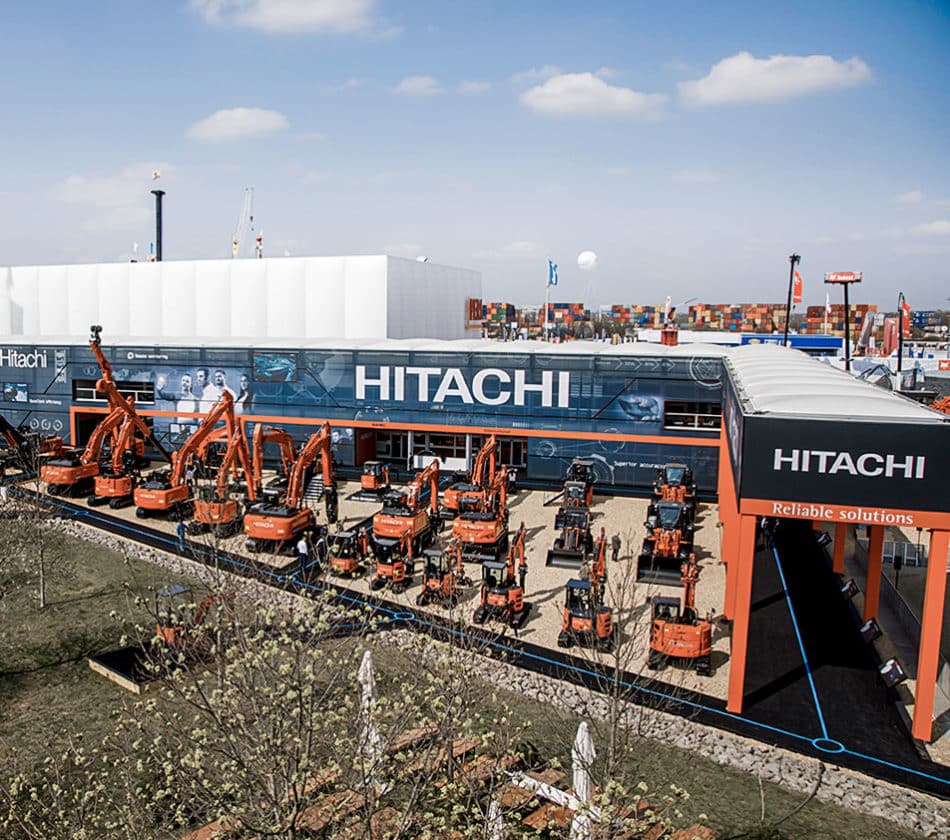 This was the largest turnout in the history of the event with the number of exhibitors totalled at 3,700 hailing from 63 countries. Over the week there were 42 live demos with an average of 150 people viewing each model.

There were over 20,000 visitors to the stand with 20% more Hitachi merchandise sold than the previous event in 2016.

In addition to sales reps and leaders, HCME and Hitachi Construction Machinery Co., Ltd. (HCM) ensured that there were engineers from various departments present to talk to customers and provide more insight into all aspects of the machinery. Over the week there were 42 live demos with an average of 150 people viewing each model. Some special mentions amongst these include the ZX210X-6, the first ICT hydraulic excavator with machine control. The accuracy of this excavator reduces the amount of repetitive work on site, and can help finish projects 50% faster than a standard machine.

Another debut by Hitachi at the show was the ZE85 zero-emission electric excavator, which was showcased in the demo area. With the European market having some of the strictest regulations in the world regarding the prevention of global warming, this excavator was produced by the European Application Centre (EAC) – a joint venture between HCM and Kiesel Technologie Entwicklung GmbH (KTEG). This was also joined by a smaller model, the ZE19, on the stand. Visitors were also treated with the chance to operate the Hitachi mining simulator and experience being at the helm of an EH5000AC-3 rigid dump truck. In addition, HMCE showcased the -7 wheel loader cab concept with a ZW220 concept wheel loader virtual reality attraction.

A major highlight of the event was the handover ceremony of the first ever EX2600-7 mining excavator to Geotrading AD, Bulgaria. Hitachi’s authorised dealer in Bulgaria, Z&M handed over the machine to the customer who are a supplier of machinery and materials for the mining industry. Over 1,400 photos were taken inside the photo booth of the Hitachi bucket on the EX2600-7, which was a main attraction for visitors.

Despite the event taking place in Munich, a substantial number of Australian guests made the trip over to check out the latest technologies and advancements in construction and mining. “I talked to people who had come to visit from all over Australia” said Ross, who attended the event from Tuesday until Friday and was lucky enough to have his family join him on the trip.

It appears you're using an old version of Internet Explorer for safer and optimum browsing experience please upgrade your browser.